Brent Thompson was design lead on the project. 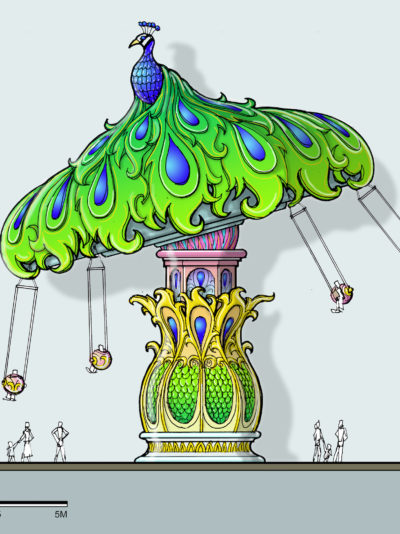 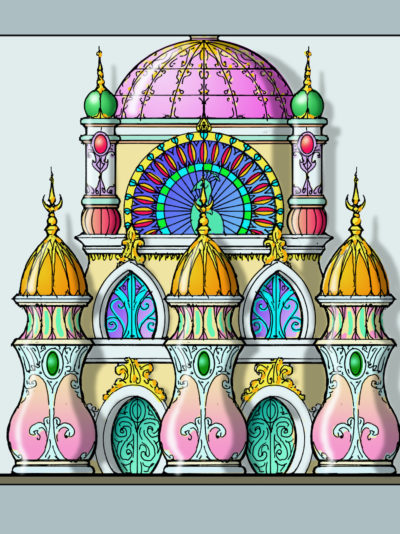 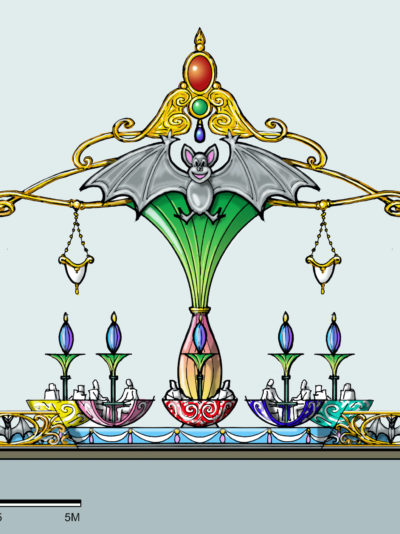 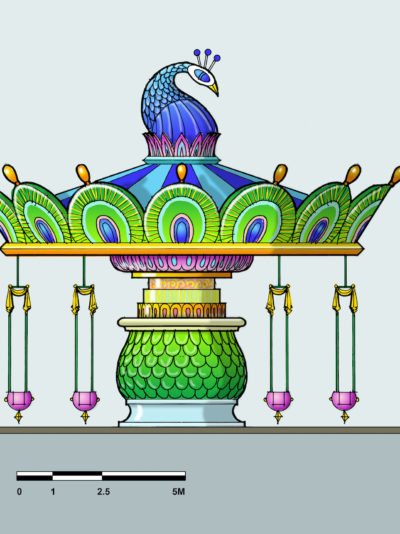 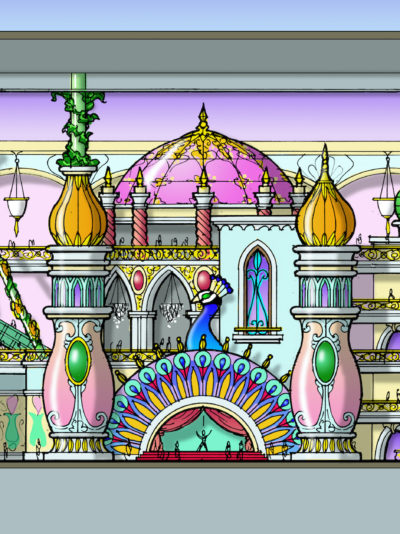 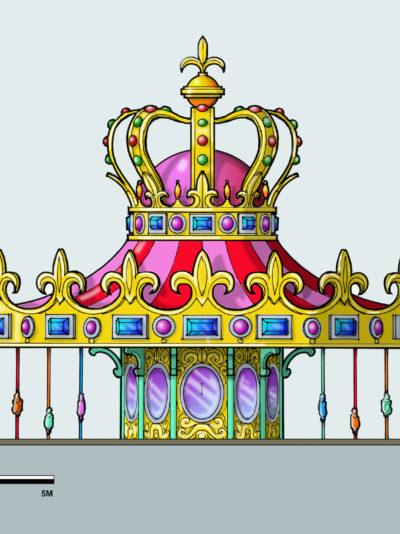 In the 19th century a British inventor, Sir Mycroft Soames, became wealthy by virtue of one of his inventions: the “endless stair” or what is today known as the escalator. He used his newfound wealth to big an enormous Victorian mansion- Great Gables- in the British countryside. Of course, he used his famous invention inside his own house, although, with its exterior brass clockwork mechanism, it is more ornate than a modern escalator. This magnificent mansion, which featured the opulent carpeted and wallpapered interior typical of Victorian taste, was crowned by a large stained glass dome over the central courtyard.